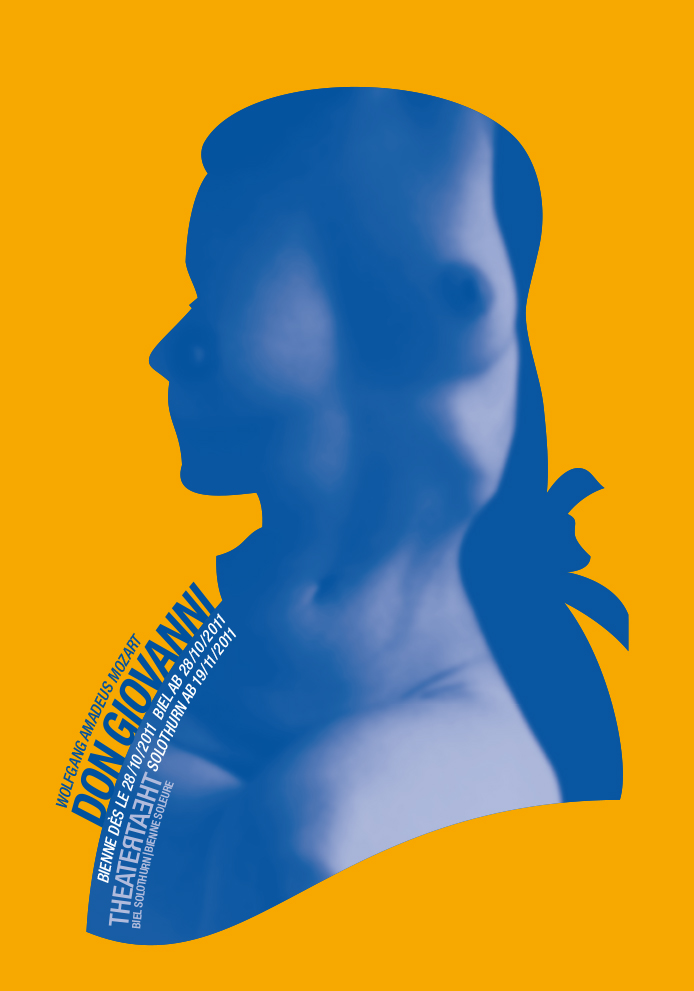 Opera by Wolfgang Amadeus Mozart
According to the biographer Wolfgang Hildesheimer, Mozart has pictured Don Giovanni as his alter ego. So the portrait of Mozart is at the same time the figure Don Giovanni, the womanizer.
The silhouette, an in the 18th century often used technique to draw simple portraits, refers to the time the opera has been written.
89.5 x 128 cm, silkscreen, 2 colours