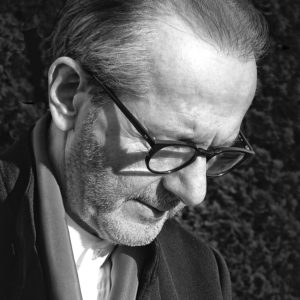 Stephan Bundi is a graduate of the Bern School of Design (University of the Arts). He later studied book design and illustration at the State Academy of Art and Design in Stuttgart before going into business for himself.

As a designer and art director for film producers, concert promoters, museums, theatres and publishers, he combines unconventional ideas with practical Swiss tradition. His clients include international corporations such as Swissair, Nikon and IBM as well as smaller firms, publishing houses and institutions.
The content being conveyed and the visualization of the message are paramount to his work. To achieve this, he chooses the technique that can be used best to interpret the content, be it typography, drawing, painting or photography.
As the owner of a studio with employees and trainees, it is important to him that all authorship is clearly identified. When other individuals are involved in the design of one of his projects, they are listed by name in the credits. All of the works illustrated here were created solely by Stephan Bundi.

He has taught at several universities, held lectures and workshops around the world and was a professor at Bern University of the Arts (1999–2013).
Bundi has had many one-man shows and exhibitions all over the world. Since the 1980s he has regularly taken part in the most important international poster exhibitions and has been member of many international juries.

2008
Appointed guest professor at the Arts University in Nanjing, China

2015
In charge of organizing, sponsoring and designing the Coexistence poster exhibition.
140 AGI designers from all over the world designed posters that were exhibited in the public space of the bilingual city of Biel, Switzerland.